When and how to use credit responsibly and avoid debt traps.

Why is My Available Balance Higher Than My Bank Account Balance? | How Overdraft Protection Really Works

It’s interesting what you can overhear when you’re standing in line. I was waiting my turn at the ATM and two 20-somethings were trying to understand why one of them had a receipt from the machine that showed that her available balance was higher than her account balance. As a former banker, it’s a question I’ve answered countless times.

Her friend was trying to be helpful by explaining that sometimes there’s a hold on the money when you make a deposit. She knew that, but then the account balance would be higher than the available balance. This time she’d made a cash withdrawal, so she couldn’t figure out what was going on.

After entertaining some of the possible fun they could have with the unexpected $500 “windfall,” they went over to the customer service counter to find out if the extra money was a mistake. They discovered quite the contrary; the “available balance” included the $500 overdraft limit she had on her account, and that she could spend the $500 whenever she wanted to.

The two young women looked intelligent enough, so why didn’t they know about overdraft limits, let alone understand how they work? In truth, they aren’t alone in their lack of understanding. Overdraft protection on a bank account is not a surprise windfall, as many assume. It is an often misunderstood and over-utilized product that can turn into debt that’s difficult to repay.

When a customer opens a new bank account, it can provide the financial institution with a lot of opportunities to offer the new client a host of other products. They call this cross-selling, and lots of businesses do it. Overdraft protection is a very logical product a banker can sell someone when they open a new bank account because it is a loan attached to an account.

However, just because someone makes you an offer, it doesn’t mean that you have to accept. It is up to you to ask questions, find out more about the products they are offering and then make your decision if you want to “buy” what they’re offering or not.

What is an Overdraft Limit or Overdraft Protection?

Even if you have bad credit or are trying to rebuild credit after bankruptcy, you might still qualify for overdraft protection.

Your overdraft limit is a loan. Overdraft protection provides a cushion in your bank account so that if you take all the money out, based upon a preapproved limit, you can take a little extra out. It is usually attached to a chequing account, but it can also be attached to a savings account. Even those who have bad credit or are trying to rebuild credit, often have a low overdraft limit on their account.

This extra available amount (which is your overdraft limit) means that you are borrowing money from the bank. Anytime you borrow money, you must pay interest on what you borrow. This also applies to overdraft protection, as well as when you overdraw your bank account unintentionally.

With Fees and Interest, Using Your Overdraft Can Be an Expensive Convenience

Overdraft can be an expensive way to borrow a little bit extra. The annual interest rate is often set around 21 percent. If you exceed the overdraft limit, or overdraw your account (even due to service fees) without any limit, you may need to pay as much as $5.00 every time you dip further below zero in your account.

Each bank and credit union have their own fees and charges, but generally speaking, overdrawing your bank account costs more than charging the same amount on a credit card.

The Warning Label That Should Come with Overdraft Protection

The danger with using overdraft protection is that it becomes a never-ending cycle of borrowing that’s very difficult to break. For example, if your bank account is in the negative by $500, and you’re paid $1000, your bank account balance only goes up to almost $500. It doesn’t quite hit $500 because you pay interest and fees first.

Then if you have $900 of expenses to cover, you’re forced to dip back into your overdraft, or rely on another form of credit, like a credit card or even a payday loan, to cover the $400+ short fall. Pretty soon you’re relying on your overdraft to make ends meet.

Whether your overdraft is protection or a problem depends on how you use it.

If you have it added to your bank account, make sure that you don’t think of it as “free money.” It is a loan and borrowing on demand by using overdraft is a service you pay for.

If you have overdraft protection on your account, your available balance will be higher than your bank account balance. However, you don’t need to spend your overdraft.

A better money management strategy is to work towards saving some money in a separate bank account. Create a realistic personal or household budget so that you can manage all of your routine and irregular expenses, as well as set money aside in savings to use for unexpected expenses or emergencies.

Having cash in your savings account is true protection you can bank on.

Worried about your credit?

Get answers from an expert.

Whether it’s about keeping, building, or rebuilding your credit, we can help if you’re feeling overwhelmed or have questions. One of our professional credit counsellors would be happy to review your financial situation with you and help you find the right solution to overcome your financial challenges. Speaking with our certified counsellors is always free, confidential and without obligation. 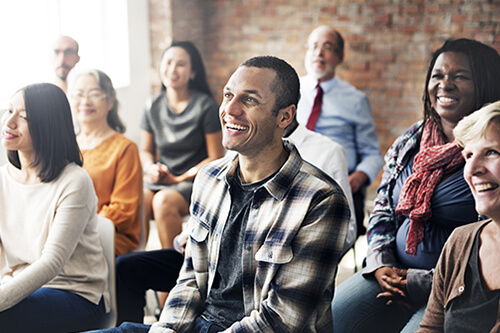 In-person or online, learn about credit, debt, and money. Ask questions and get the best tips! 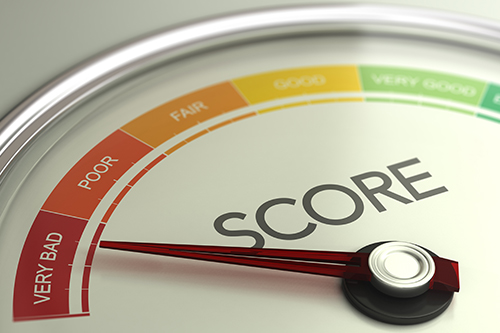 It takes time to rebuild your credit score and overall rating. Here are 5 steps to make it easier. 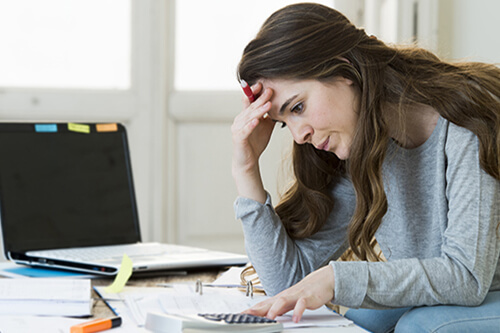 There are ways to get out of debt without a high interest loan, even if you’ve got bad credit. 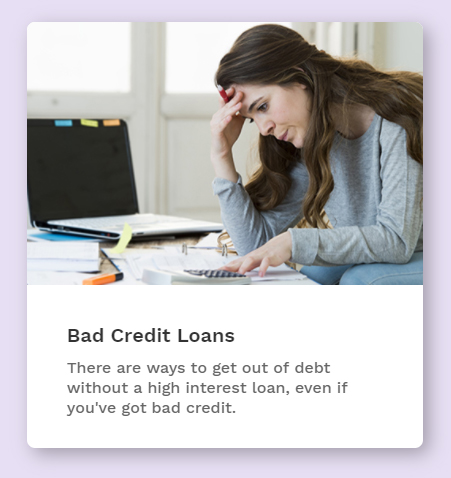